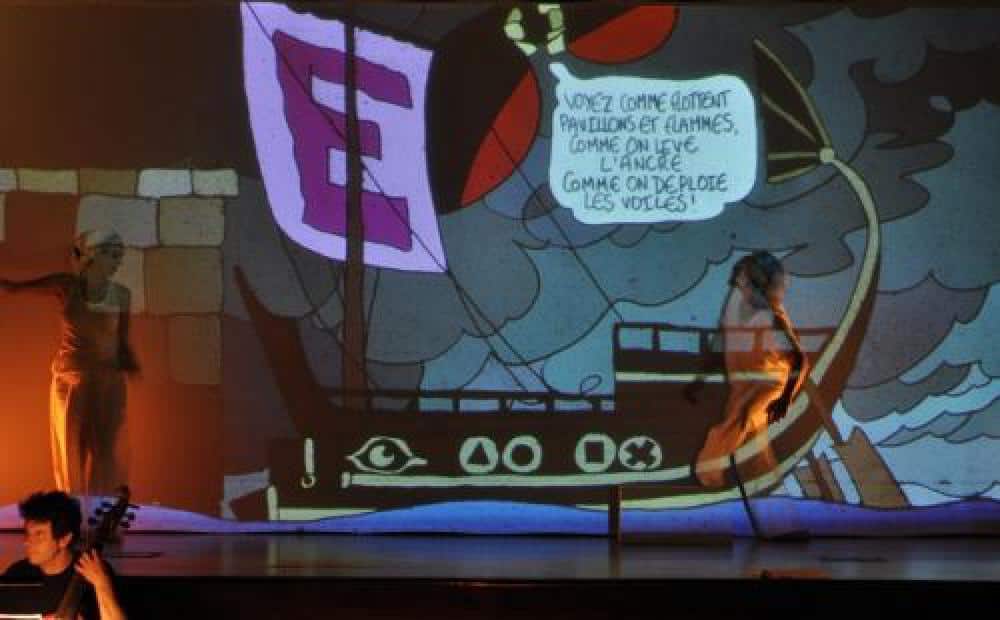 It was a unique partnership that was initiated at the Théâtre of Oullins in 2011 between Les Nouveaux Caractères and the designer Florence Dupré Latour.

To the music of Purcell, and his work "Dido and Aeneas", we chose to create a unique show with a staging including projections of speech bubbles.

"Comic book fans know about opera thanks to Tintin and Castafiore, and opera fans know about cartoons thanks to the universe of Tintin. It seemed interesting for us to bring these two universes together and create a unique hybrid program."

We must consider what preceded and followed "Dido and Aeneas" in the history of music to take full measure of this masterpiece. It is first of all the first opera entirely in English. At the end of the 17th century, Purcell's works were more plays with music, such as the semi-operas "King Arthur" and "The Fairy Queen" based on Shakespeare's works. "Dido and Aeneas" does not follow this line. Purcell, at the height of his art, drew inspiration more openly from French lyrical tragedy and unashamedly abandoned the mixture of genres that were fashionable at the time in London.

"Dido and Aeneas" is much shorter than the shortest of the French lyrical tragedies, less than an hour. As the 1689 performances at Josias Priest's girls' school in Chelsea suggested, this is a new kind of work designed for private performances in enlightened societies. Henry Purcell conducted his score on the harpsichord while singing the role of the Enchantress in the midst of an audience of young aristocratic singers and instrumentalists! This opera also mixes moments of comedy and tragedy for the first time, carried by the delicacy of a sung story that gives no respite. Purcell reigns as a virtuoso of amorous passions and dramatic twists, going from the most sweet melodic lines to the most lively orchestral dances in an instant!