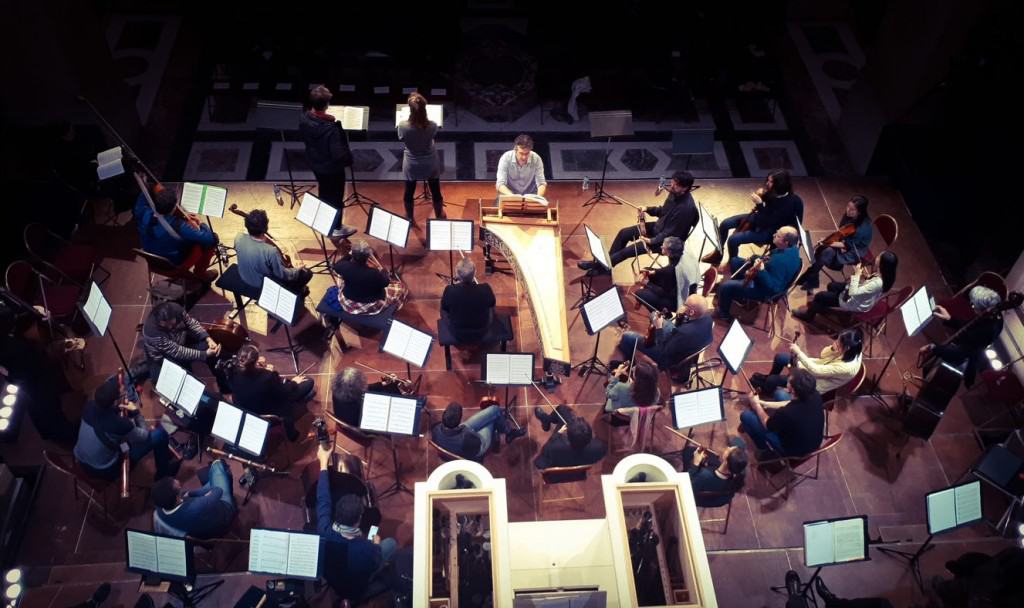 It is as an Ensemble associated with the Maurice Ravel Auditorium - National Orchestra of Lyon - that Les Nouveaux Caractères began their own initiatory journey in January 2019 with their Handelian "Grand Tour", a nod to the stay of Georg Friedrich Handel in Italy between 1705 and 1709. And so our interpretations of the three famous oratorios "Dixit Dominus", "La Resurrezione" and "Il Trionfo del Tempo e del Disinganno" were created.

Since the 17th century, the Voyage to Rome has been an essential and formative stage for all European artists (painters, musicians, architects, etc.), an opportunity for them to embrace all the currents and flavors of the Eternal City, of Antiquity. in their days.

Prestigious places such as the Palace of Versailles, the Auditorium of Lyon, the Centre Lyrique d'Auvergne and the Opéra de Rouen have joined our artistic gamble and have enriched their programming with our oratorios. Designed for all audiences and all territories, for the widest possible distribution, for Festivals, Operas, multidisciplinary stages or even Cultural Meeting Centres, this musical immersion opens the way to interpretation and artistic commitment to more in-depth musicological works around the orchestra of Corelli, questioning everything from the current tradition of interpretation to the latest advances in terms of organology, numbers, spatialization, location and instrumental construction.

The first realization took place on December 2019 in Lyon!