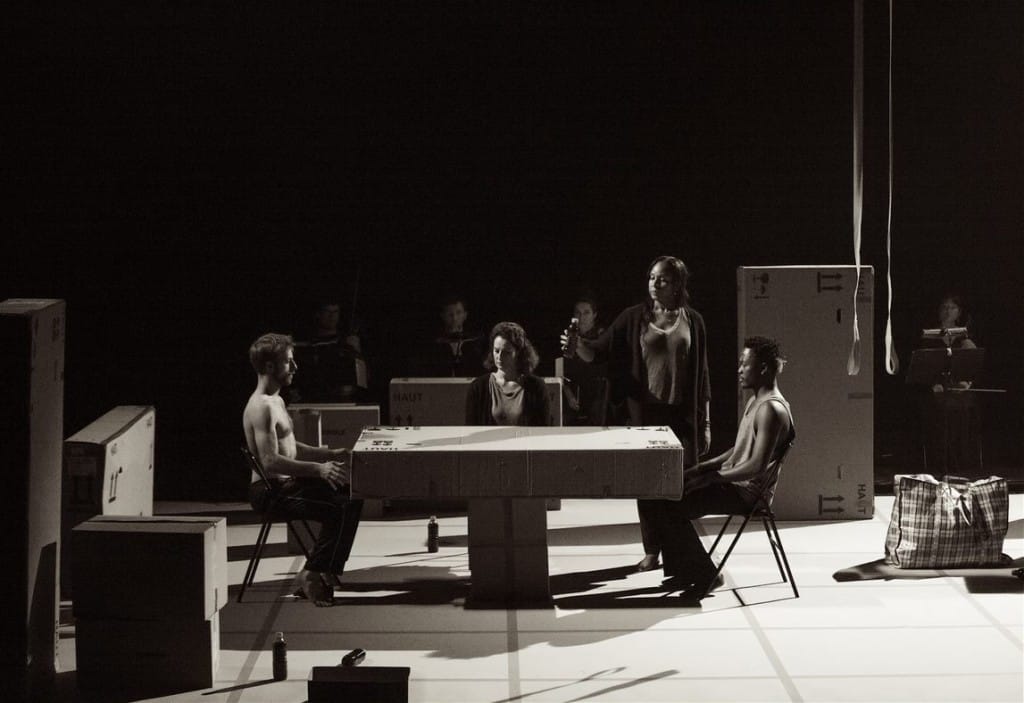 Les Nouveaux Caractères were in residence at the Théâtre de la Croix Rousse (Lyon) for three years. During this period, several programs were developed, ranging from purely musical concerts with a chamber music ensemble and soloists, to staged shows, specifically "Stabat Mater".

"Stabat Mater" by Giovanni Battista Pergolesi, composed in 1736 was the subject of our show. Directed by Caroline Mutel and David Bobée, this creation benefited from a mix of performing arts: music, dance and circus arts.

The theme, that of the sadness of the mother of Christ in the face of her sacrificed son, was reinterpreted in a modern way, stripped of the religious prism, delivering a universal, human message, in connection with the fate of migrating populations.

It was therefore a rich and deep show that we offered at the end of this residency.