“Baroque music bears witness to its era and the idea of an artistic revolution. It puts us, us musicians, at the heart of the balance between respect, knowledge and appropriation.

With Les Nouveaux Caractères, I have often wanted to confront the forgotten pages of the "smaller" master composers with the great masterpieces of the 17th and 18th centuries. I also wanted to show through multidisciplinary, innovative artistic crossings on stage, how polymorphic, touching and modern this art was, close to our current sensibilities. It's a fragile and exciting balance every day."

Harpsichordist and conductor, Sébastien d'Hérin is a graduate of the National Conservatories of Paris and Amsterdam. He forged his artistic personality with masters such as Gustav Leonhardt, Pierre Hantaï, Patrick Cohen, Bob van Asperen, Kenneth Gilbert and Christophe Rousset. As a soloist, then within chamber music formations, he established himself as a unique harpsichordist and pianofortist, appreciated both for his inventiveness and for his freedom of sound.

His first attachment spontaneously delivered him to the particular atmospheres of French music between miniatures and great lyrical tragedies. It was also in the emerging melismas of an avant-garde and virtuoso 17th century that he revealed himself on the keyboard and developed his taste and his mastery of the art of sung declamation. The great classic forms of the 18th century were approached quickly with the conviction that it is necessary to feed on the past in order to renew the present.

It was first of all as a continuo player, vocal coach and assistant that he distinguished himself and worked with the great baroque conductors of the first and second generation such as Jean-Claude Malgoire, Marc Minkowski, Hervé Niquet or again Emmanuel Krivine, mainly in the operatic repertoire.

His quality of interpretation and his artistic personality gave him this originality and allowed him to quickly acquire recognition which lead him as a guest musical director to have contact with orchestras such as the Rouen and Besançon operas, the Orchestra of Auvergne, as well as the National Orchestra of Bordeaux-Aquitaine and Montpellier Languedoc-Roussillon.

In addition, organology - the study of historical instruments -, the restoration of old scores, and the emphasizing of lost or forgotten works are some areas in which he contributes. During concerts, masterclasses and various mediation activities, he shares his passion for baroque music, its forms of theatrical inspiration and works to strengthen the link between tradition and modernity.

Beyond the artistic work, he also carries out mediation activities for the young and the old, sharing his passion by putting it at the service of a social bond that is too often broken.

In 2006, he founded – alongside Caroline Mutel – Les Nouveaux Caractères, a baroque music orchestra specializing in interpretation on historical instruments. Their particularities: a pronounced taste for lyrical art and the performing arts, a deep knowledge of baroque works and their context: historical, aesthetic and social. 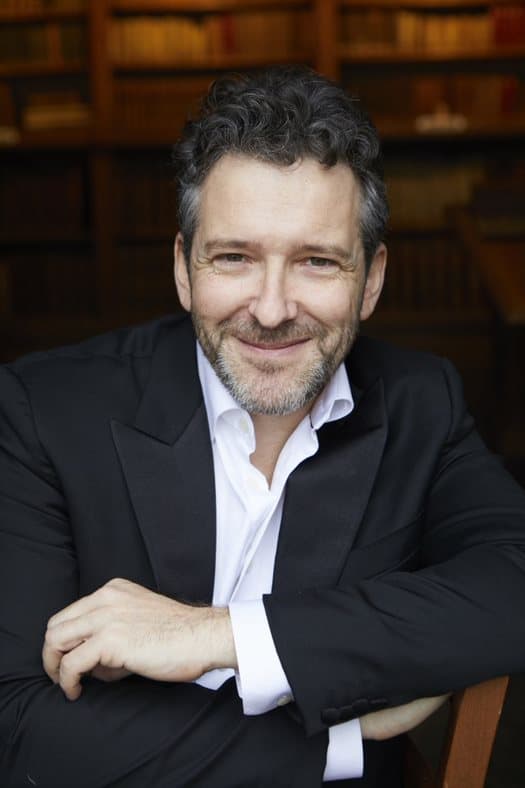